Testing is an essential component of how the team develops and delivers robust software applications. Each time a new feature is added or a line of code is simply modified, developers write new tests or modify existing ones to validate the implementation.

These tests are then executed each time new code is pushed to the code repository. On top of that, product managers only accept a user story after going through a checklist of manual or automated end-to-end testing.

As developers we need to ensure that all use cases of an application are working correctly. So, by writing a variety of tests we can verify the expected results. The image below illustrates how our projects should include different categories of tests, to maximize code stability: 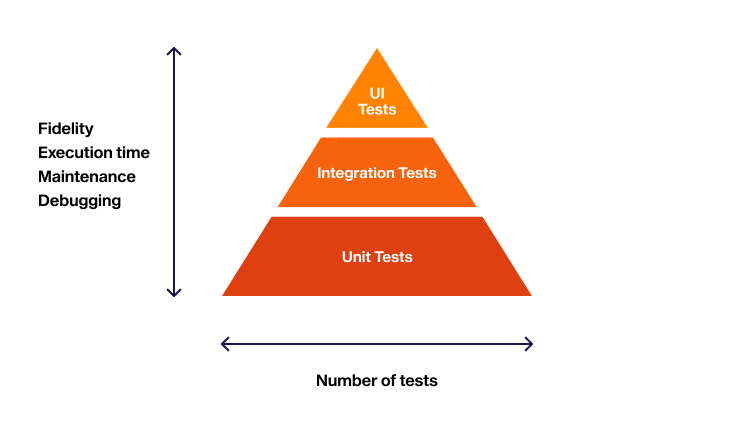 Its essential point is that we should have many more low-level tests than high-level tests running. As we work up the pyramid, from small tests to large tests, each test increases in fidelity, but also increases in execution time and effort to maintain and debug. However, to maintain the recommended balance between the different categories, we need to define the recommended proportion of tests for each category (which can vary depending on the platform). But in general, we should write more unit tests than integration tests, and more integration tests than UI tests:

Here’s a summary of our testing principles per platform: Android, iOS and Web