Pocket handbook for reviewee and reviewers to get the most of code reviews. 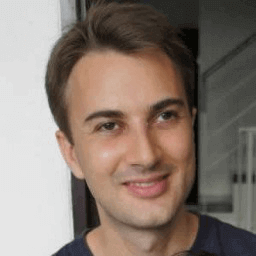 Code reviews, as one of the tenets of Extreme Programming (X.P.), are fully embraced by our team. The code is never merged directly to either the development or master branches. It means that all code deployed to either staging or production servers have gone through several layers of human checks.

We live by a simple rule: there are no exceptions. No matter what the type of code being developed, whether it’s a feature, a bug or a chore, at least one developer — and often two developers— must approve the changes before it gets merged.

To make sure that enough time is allocated to code reviews, everyone on the team understands that reviewing the code of others is as important as developing his/her own code. So when it comes to tasks prioritization, code reviews are as important as finishing or starting a new sprint backlog item.

Why going to such great lengths? Benefits of code reviews would completely deserve its own article and have been covered in great lengths by many. But for us, the main benefits are:

But code reviews have also its critics. The main argument against is the considerable investment in preparation for the review and execution time. But in our views, it comes to inefficiencies in the review process.

First, automation can help in shortening the time required to review code syntax issues. We use extensively code linters and analyzers for both web and mobile applications. Pronto is hooked up with several plugins to analyze Ruby-based applications. As for mobile, SwiftLint is used for iOS and checkstyle (Java) / detekt (Kotlin) for Android.

But most importantly, some ground rules need to be laid out between all parties involved in the code reviews in order to get the most benefits. Not only for the reviewer but also for the reviewee — the two developers mentioned in the title. That’s what we will review in details in this article 💪

The first step is to open and setup properly a pull request for the branch in needs of a review. The “opening” part is easy as most code versioning platforms like Github, Bitbucket or Gitlab make it simple. But the “proper setup” often does not get much attention.

If a pull request looks like the above image, then you have a problem. A pull (or merge) request is the process in which the developer who did the code (the reviewee) asks for another developer to review his/her code (the reviewer). So when asking someone else to do something, it’s necessary to give as many details as possible and inform them about it.

At a minimum, we usually include the following pieces of information:

With complete details added to the pull requests, half of the battle is already won as the reviewer is now armed with the right information and tools to perform the review properly.

Once the code reviews have started, the reviewee still needs to be tightly involved. Again, there need to be some ground rules so that the comments generated by the reviewer helps in improving the implementation. So the reviewee needs to keep track of the following:

It’s very clear that the reviewee has lots of responsibilities to make the pull request a success i.e. getting the code merged. Clear and constructive communication is the key to get through a code review like a champ.

Once a developer has been added to a pull request, he/she becomes the one who will ultimately approve to have it merged. While code merges are reversible, it’s quite uncommon. So the norm is that the merged code becomes part of the codebase. It’s a serious thing.

So reviewers need to balance lots of responsibilities that can be boiled down to two areas:

With such critical purposes, it can be a daunting task to be a good reviewer. What is a good comment? How can I tell the reviewee that the implementation has issues in a meaningful way? What if I don’t understand at all a piece of code?

Reviewers should only approve a pull request when they feel confident in the code and its impact on the project. They act as gatekeepers thus should take their role with the responsibilities it comes with.

But at the same time, being a reviewer also comes with many benefits. Reviewers get an understanding of all the areas of the application — even on those they did not directly work on — and acquire new knowledge from the implementation of others. Code reviews are a powerful mean to improve your technical skills by seeing how others code.

Code reviews are not a silver bullet by themselves. It’s not because the code is merged via a pull/merge request that code will be better by itself. Instead, a code review is a process in which the reviewee and the reviewer have their own set of responsibilities.

Just like any process, it needs to be transparent for everyone. At Nimble, we use our knowledge base “Compass” as the point of reference for everything we do. As code reviews are an essential part of our development process, most of the ideas shared in this article are our actual rules we live and work by. So we feel confident that it can be applied to any team.