Step-by-step walkthrough on some practical security techniques on Android. 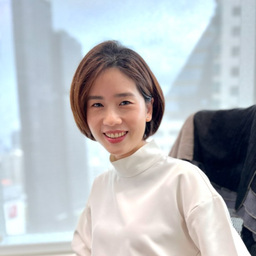 Releasing an application that is highly performant and packed with great designs does not always mean perfection, not without a severe guarantee of security and reliability. This is extremely important given the tremendous amount of data exchanged in mobile applications nowadays, including sensitive and nonsensitive ones.

Why does security matter? 💭

Having a device that you can always carry along to accomplish your day is one of the greatest inventions ever, and there is no doubt that most people rely on their phones to achieve their needs these days. Those activities could range from socializing, travel planning to online shopping and banking, etc.

To make all these functionalities possible, developers must utilize users’ personal data like location, contacts, and device files. Thus, it is essential to have security measures in place to protect information from getting into the wrong hands. Indeed, most developers focus on releasing their apps to meet the business expectations in both functionality and delivery timeline. Unfortunately, the Security sector is often overlooked, which usually fails Penetration Testing.

In the following sections, we present some standard practices in security for your Android application. These are the basics but highly yield results you can apply when storing, handling, or transmitting sensitive user data over the internet.

Transferring data over the internet is not a very straightforward uni-direction thing. Before arriving on the other side, your data stops in between various interconnections. This exposes a risk of being intercepted, your data getting altered, or silently stolen. Such activity is commonly known as the Man-in-the-middle attack. Once manipulated, attackers could access critical data and impersonate users’ behaviors. Using HTTPS to communicate is a way to prevent this exploitation.

In Android, a typical (but not recommended) exercise is creating a self-signed certificate and a proxy that allows visibility of HTTPS or SSL (Secure Sockets Layer) traffic. Although Google prohibited this starting from API 24 or higher, as described here:

Instead, Google introduces another technique to limit the set of certificates an application can accept by restricting the set of CAs they trust or by Certificate Pinning.

Certificate Pinning is one of many techniques that mitigate “Man-in-the-middle” attacks against secure HTTPS communication, and there are several ways to implement SSL pinning on Android. We will discuss a few in the following.

TrustManager is a native platform component implemented in various versions. They are responsible for managing the trust material used when making trust decisions and deciding whether a peer’s credentials should be accepted.

💡 This technique requires interacting directly with the framework API. This means that the implementation is conducted on a reasonably low level. Hence, you should be cautious.

OkHttp and CertificatePinner with Retrofit

The fingerprints can be added directly to the CertificatePinner.Builder or configured dynamically from the build process.

Afterward, we can instantiate an OkHttpClient instance with the predefined CertificatePinner.

Here are the detailed steps:

Starting from Android API 24 (Nougat), there is an easier way to achieve Certificate Pinning. The Network Security Configuration feature was introduced, which allows developers to configure network security settings with an XML file instead of the application code.

Here is how to achieve it:

The Network Security Configuration also supports Self-signed Certificates or Certificate Authorities that are not trusted root system certificates. You should only use this during development, not for an official release.

When making an API request, applications commonly require encryption to secure the entire request and response body payload. By default, data transferring between client applications and the backend is secured with TLS/SSL, which means data is encrypted before transmitting across networks. Optionally, we can implement extra payload encryption as a second security layer for applications requiring hardeners, like financial applications.

The mobile application encrypts the Request payload with a Public Key before transmitting it to the backend.

After that, backends decrypt the encrypted payload with the corresponding Private Key.

It will then compute and encrypt the Response payload with the Private Key before sending it back to the front-end applications.

Finally, the applications can decrypt the Response payload with the Public Key to reveal data.

After users successfully log on to an application, some user information can be cached locally for faster retrieval and convenient usage.

A bold recommendation is DO NOT store sensitive information locally (like credit card information).

For less sensitive data, applying Sensitive Data Protection is recommended to protect personally identifiable information, private data, or other credentials. They should never be stored in plaintext, whether in a database or other external files. Having extra encryption also offers an additional level of safety.

Following are some techniques to achieve it.

Android provides many ways to store data, and SharedPreferences is one of them. It is the most popular key-value persistence used by developers.

SharedPreferences offers a storage solution for text-based data. Apps can leverage this to persist information about the user or related technical values throughout its lifecycle. But it is worth noting that data stored in SharedPreferences is not encrypted by default, making them the most favorite target for attackers. For this reason, encrypting the data before saving it in SharedPreferences can help prevent outsiders from revealing them.

After the introduction of Jetpack libraries, DataStore was introduced to replace the SharedPreferences. It is based on protobuf to structure the data and stored it under a .preferences_pb file.

While the information is not human-readable, it is not considered encrypted and hence, unsecured. Hopefully, the Android team at Google will release another solution like EncryptedDataStore soon. 😀

To encrypt files other than texts, Android also provides EncryptedFile. It can be used to initialize encryption to read or write a file to the system.

Please do not confuse it with the Keystore used to sign your release packages (APK, AAB). Before we begin, we should clarify the Android Keystore system. According to the Android team:

Say you want to incorporate KeyStore features to encrypt and decrypt data. Here is how:

Suppose your application needs to support devices with an API level lower than 23 (Android 6.0). In that case, you need to create a customized algorithm to encrypt the data securely before persisting it (to SharedPreferences, Databases, Files, etc.). To reveal the encrypted data, you will have to decrypt them manually to convert them back to the original data.

💡 Please check out this article for detailed information on how to achieve it with Cryptography in Android.

In Android, the MediaProjection could allow attackers to capture users’ screens and record system audio without the user’s consent.

The typical attack scenario involves the user profile screen with sensitive data showing when the application is in the Android Recent Apps, or the screenshot is captured without user awareness.

To mitigate this concern, use WindowManager.LayoutParams.FLAG_SECURE to disallow screenshots or screen records on a screen window. This simple solution also prevents leaking user-sensitive data on the current screen from the Recent Apps by displaying a blank screen:

With this setting, the recent screen is blank in the Recent App list, and the user isn’t allowed to take screenshots on MyActivity.

💡 In case you need to allow the user to take screenshots or display a customized application thumbnail instead of displaying a blank default screen, please check out our recent-apps-thumbnail-hiding library for reference:

Unfortunately, there is no “silver bullet” to detect root devices. To do so, we need to verify a long list of indicators, such as root management applications, potentially dangerous applications, root cloaking applications, etc., which can vary given the diversity of Android manufacturers on the market.

Below are some solutions for detecting rooted devices to an extent:

WebView is a typical solution to display web content inside the application without opening an external browser. Therefore, WebView also carries potential web security vulnerabilities such as “Cross Site Scripting”, or XSS.

So, if your applications contain WebView, here are some best practices to follow:

The comparison shows that Chrome Custom Tabs can download content the fastest among the three options above.

With all the practices mentioned earlier to reinforce security from our implementation, there is still another loophole that attackers can leverage. By default, anyone can decompile and unpack an application package to access the source code or exploit it. This exercise is commonly known as “Reverse Engineering” - the act of dismantling an object to see how it works.

Code Obfuscating helps to reduce application size by shortening and obfuscating the names of classes, methods, and fields in the codebase. This makes it harder to read the reversed version of the codebase.

A well-known tool to achieve Code Obfuscating is Proguard. But note that when you build your project with the Android Gradle plugin 3.4.0 or newer, the plugin no longer uses ProGuard to perform compile-time code obfuscation or optimization. Instead, the plugin works with the R8 compiler to handle the following compile-time tasks:

To activate these optimizations, you will need to configure from your gradle build config file as below:

💡 R8 uses ProGuard rules files to modify its default behavior. Thus, updating the Android Gradle plugin to use R8 should not require changing your existing rules.

In these modern days, with the development of technology, there raises the threat of cybersecurity. It brought up more challenges that developers should always be cautious of. They must not only build and protect their applications but also put appropriate measurements to users’ personal data.

Of course, security on applications and mobile devices is not limited to what we mentioned above. It is recommended that we must keep learning and practicing development with safety to prevent future risks.

The security-centric need might depend on your individual mindset or deployment environments. Nevertheless, with data protection, secure networking, and accessibility awareness, you can start covering a significant security part of your mobile applications.